The Conservator-Restorers’ Society of Slovenia (Društvo restavratorjev Slovenije, DRS) was founded in 1993 with the purpose to assist professionals from the field of conservation-restoration to promote the profession and their views and approaches regarding the preservation of cultural heritage. The Society is a voluntary, professional association of conservator-restorers, who have completed the necessary training and passed a state-recognized professional examination for the field of conservation-restoration. For a few members who have been working in the field for many years and who at the time of their employment and later on could not gain a higher education degree (not existing at the time), but who significantly contributed to the development of the profession, full membership was assigned. Associated members are those individuals who support the activities and objectives of the Society owing to their educational, amateur, commercial or similar professional interests and therefore wish to participate in the activities of the Society.

The goals of the Society are:
– to bring together conservator-restorers in the interest of the development of the profession and activities in Slovenia,
– to popularize activities relating to the protection of natural and cultural heritage,
– to provide support to the legislator and others in resolving professional questions,
– to develop the profession of conservation-restoration,
– to promote interdisciplinary cooperation for the purpose of protection of the heritage,
– to strengthen and promote professional ethics among members,
– to organize professional training and further education through workshops, lectures, seminars and excursions.

The first president of the society was Matjaž Vilar who conducted the activities until 1997, when Ivo Nemec became president. Since then The Conservator-Restorers’ Society became more active and contributed to the development of the profession. In 2004 the president became mag. Gojka Pajagič Bregar.

The seat of the Society was first at Mr Vilar’s home address (Vidovdanska cesta 2, Ljubljana), in 1997 it was moved to the Centre for the Protection of Monuments (Spomeniškovarstveni center, Salendrova ulica 4, Ljubljana), while today the office is in the Restoration Centre (ZVKDS Restavratorski center, Poljanska cesta 40, 1000 Ljubljana).

Since 1997, The Society has been very active and taking care of the development and progress of the profession and its wider promotion. The Society has its website, email address, it became member of the Chamber of Culture of Slovenia, it has composed and accepted the Code of Professional Ethics and gained the status of “Society in Public Interest” in 2006.

Every spring from 2001 on, the Society organizes the spring meeting of the conservator-restorers (called Nada Sedlar’s Days) together with the Association of Slovene Museums. The best posters are biannually presented in the Diana Centre in Belgrade, Serbia (now Centre for Preventive Conservation) and a selection yearly in Sofia, Bulgaria, at the Forum Conservation. This contributes to the popularization of the Society abroad, opens up new connections and generates future international activities. Since 2008, we also cooperate with the Art Conservation and Restoration Department of the Academy of Fine Arts and Design (University of Ljubljana) in the May Transversal – a one-month event when conservation-restoration workshops all over Slovenia open their doors and organize lectures, workshops and exhibitions.

Furthermore, the Society organizes lectures on various professional issues, as well as seminars and workshops designed for members, different professionals and for the general public. By organizing excursions to important conservation-restoration laboratories abroad (Florence, Belgrade, Croatia, Wien, Poland…) we are establishing and keeping contacts with our colleagues abroad.

In 2007, The Conservator-Restorers’ Society of Slovenia established a professional award, named after the pioneer of the Slovene conservation-restoration profession – prof. Mirko Šubic. Every year the Board grants an Award for Life Work, a Commendation for the Professional Achievements in the Previous Year and the Honorary Membership. With the establishment of the Mirko Šubic Awards the profession became more known to general public and gained in importance as finally comparable to other professional societies.

The Society remains young as ever – since its establishment young members are joining, mostly students of the Conservation-Restoration department of the Academy of Fine Arts and Design at the University of Ljubljana. We are slowly gaining new members – from the beginning 142 members in 1997 to the 281 of 2010 with more applying. 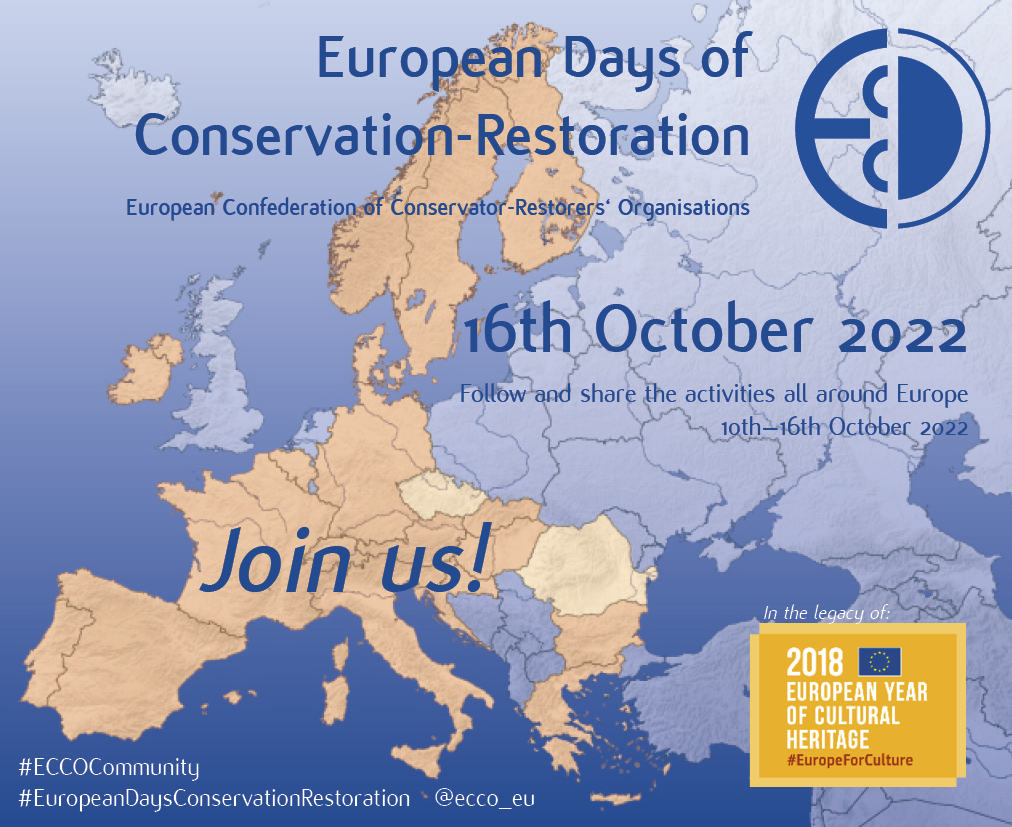